in the Ayers-Gobrecht Little Theater on Rt. 26, five miles South of Huntingdon 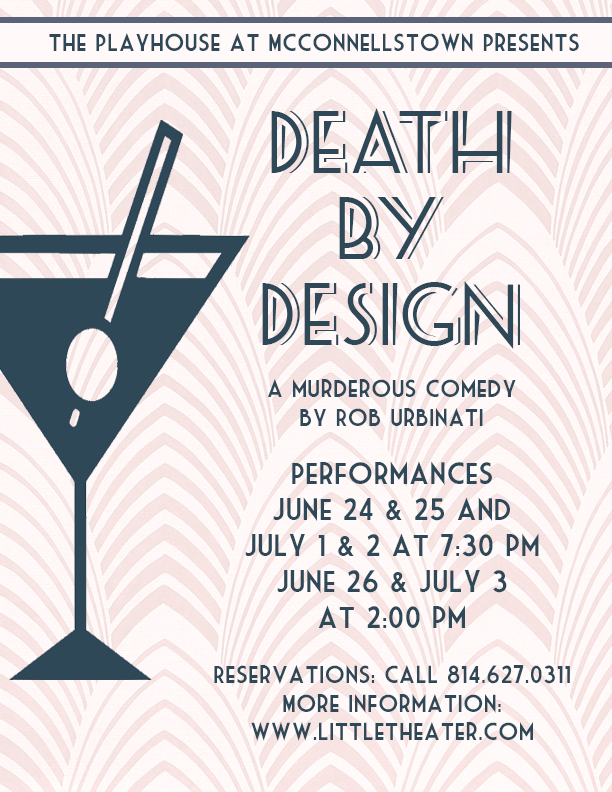 The Playhouse to Open 2022 Season with Whimsical Whodunnit

What pairs well with a weekend in the country? Murder, of course. The Playhouse at McConnellstown will open the 2022 theatre season with the hilarious murder mystery, “Death by Design” on June 24th. The production will continue its run through July 3rd.
What happens when you mix the brilliant wit of Noel Coward with the intricate plotting of Agatha Christie? Set during a weekend in an English country manor in 1932, “Death by Design” is a hilarious, delightful and mysterious mash-up of two of the greatest English writers of all time.
Playwright Edward Bennett and his wife, actress Sorel Bennett, flee London and head to Cookham after a disastrous opening night. Their getaway is foiled when various guests arrive unexpectedly – a conservative politician, a fiery socialist, a nearsighted ingénue, a zany modern dancer – each with a long-held secret. When one of the guests is murdered, it’s left to Bridgit, the feisty Irish maid with a macabre interest in homicide, to solve the crime. Rob Urbinati’s “Death by Design” is more than homage – it’s a new classic.
“It’s great to see the stage alive again,” noted Artistic Director Dan Weston. “We wanted our first show of this season to be a comedic thriller.”
For the safety of the cast and audience, The Playhouse will follow current CDC COVID guidelines. Please visit the CDC website for more information.
Cultured playwright Edward Bennet is played by Clay Glenny (Mount Union) while Jennifer Powell (Huntingdon) portrays actress Sorell Bennet. Jeanne Nagurny (Huntingdon) is Bridgit, the maid and amateur detective. Jack, the clever chauffer, is played by Jason Solomon (Huntingdon). Dan Weston (Huntingdon) plays conservative politician Walter Pearce; and Will Renninger (Mount Union) is radical Englishman Eric. The Bohemian artist Victorian Van Roth is played by Deb Shank (Huntingdon); and Kylee Roles (Mount Union) is sweet, shy Alice.
“I am incredibly excited to be back to work at The Playhouse. The past two years have been incredibly difficult—especially after losing our dear friend and Executive Director Terry Ayers,” Glenny commented. “Despite adapting to the changes caused by his passing, I believe this show will provide great laughs and suspense for all.”
“Death by Design” is directed by Keith Sutton. Set design is by Don Dietz with sound design by Rick Brown. Lighting is by Keith Sutton with technical assistance by Barbara Hughes. Jeanne Nagurny costumes this production.
“Death by Design” opens on June 24th and continues June 25th and July 1st and 2nd and at 7:30 p.m. Sunday matinee showings are June 26th and July 3rd at 2:00 p.m. Ticket prices are $15 for regular admission and $13 for seniors (age 60 and older) and students (age 6 and older). Payment options include cash, check, debit or credit card. For reservations, please call 814-627-0311. 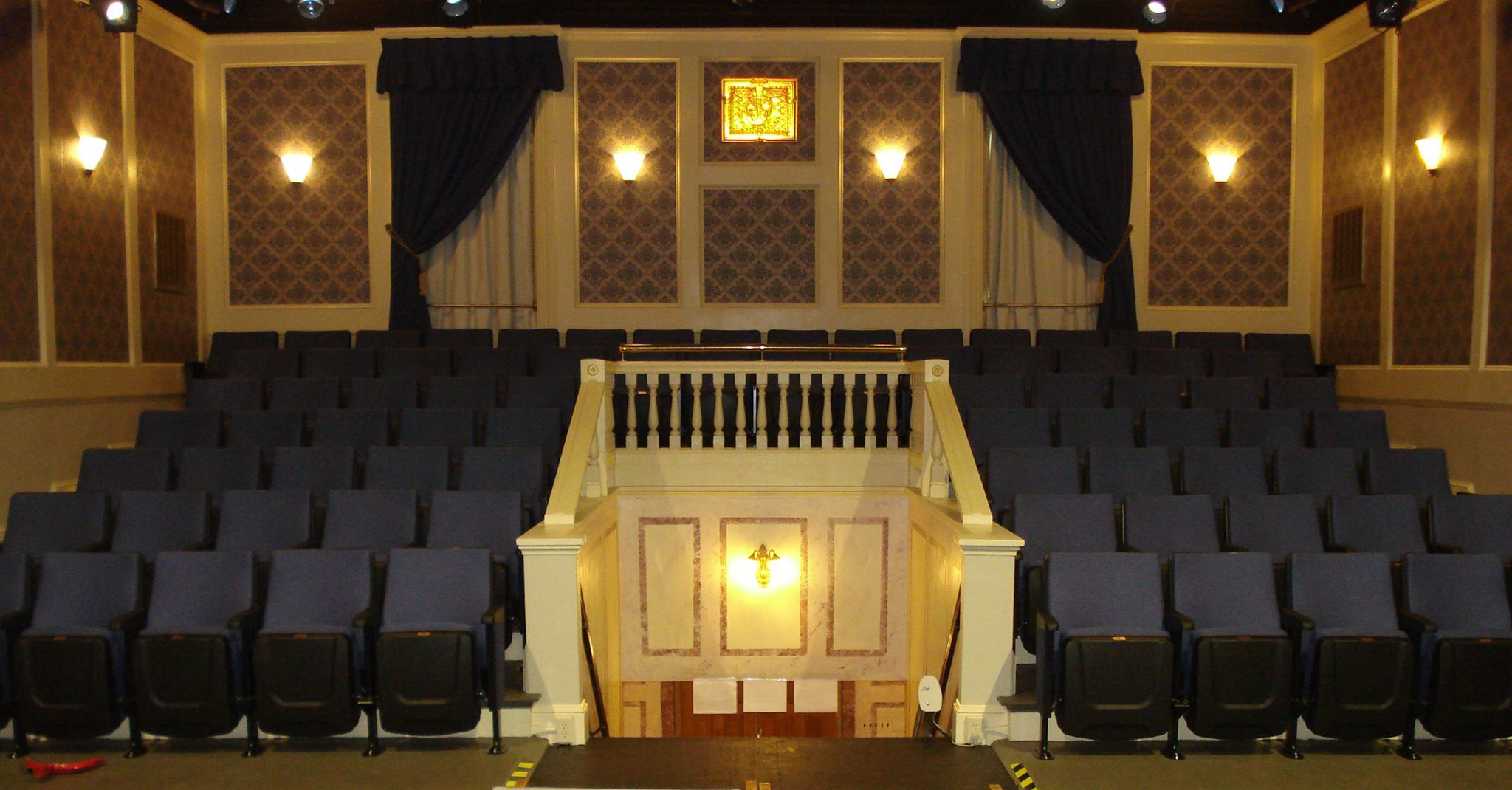 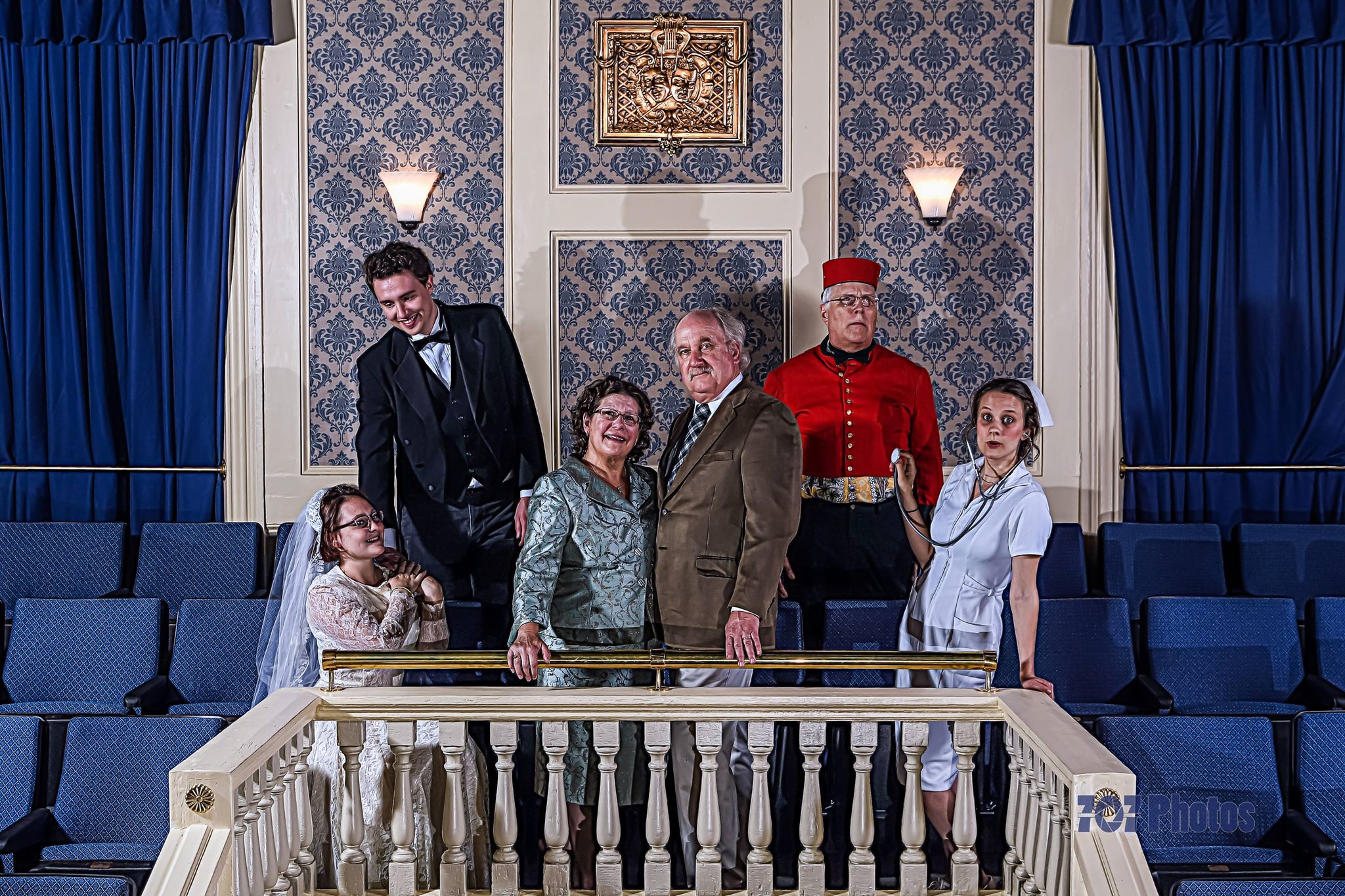 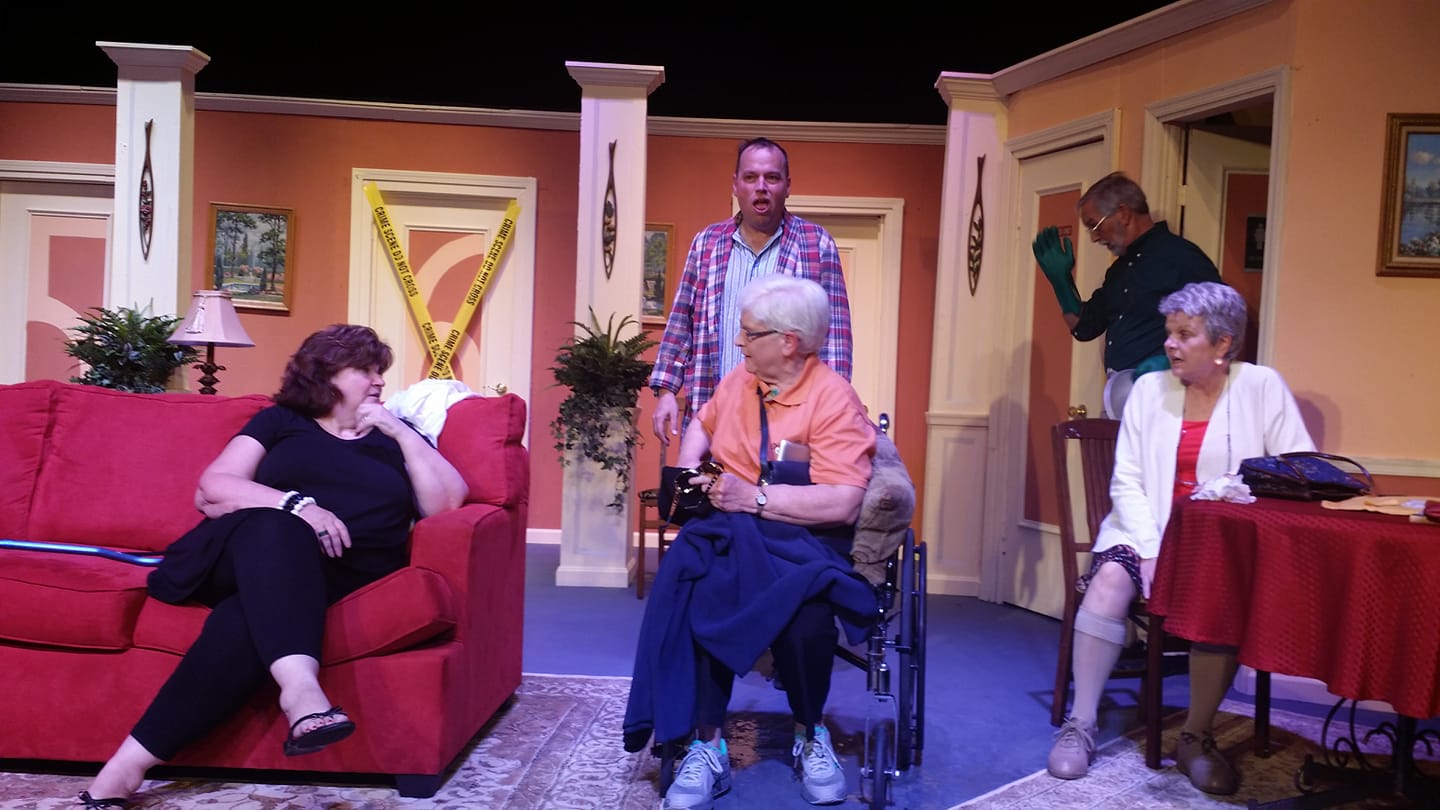 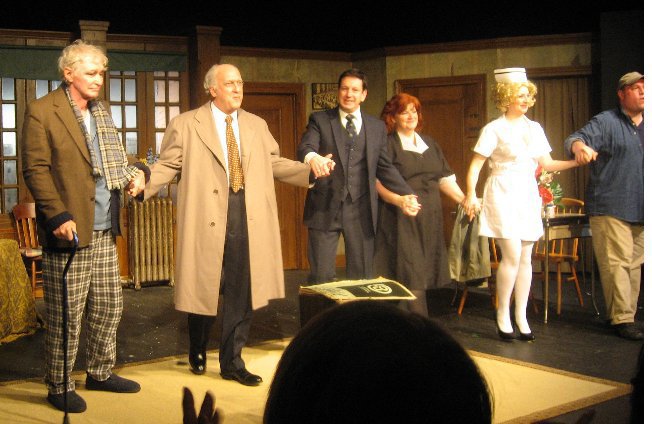 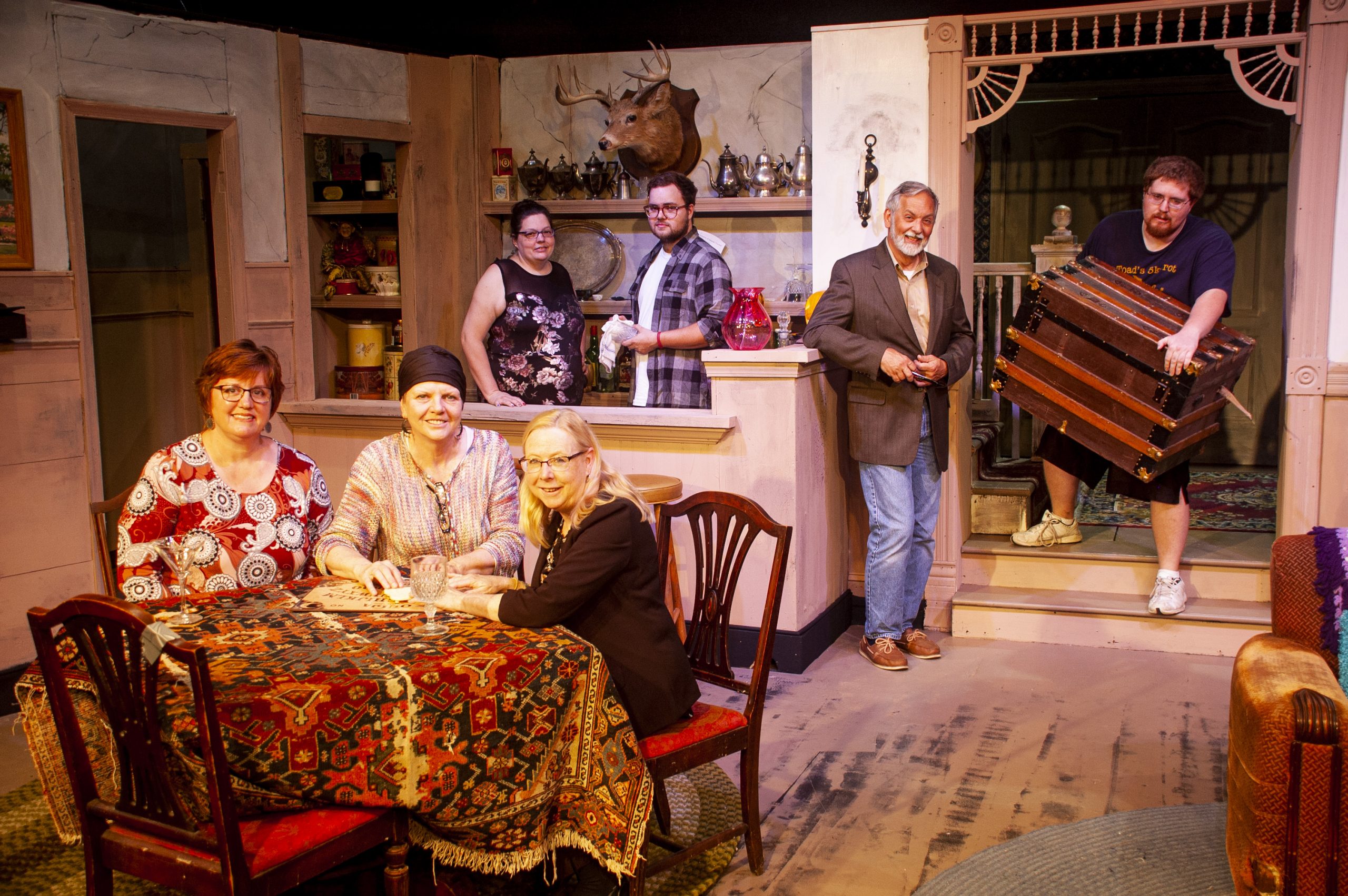 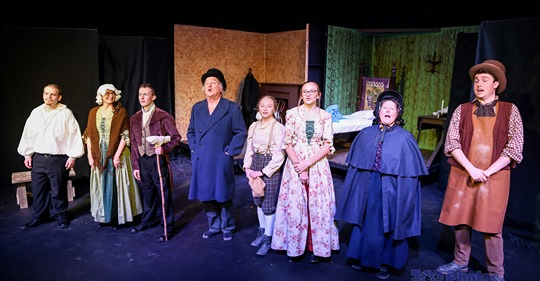 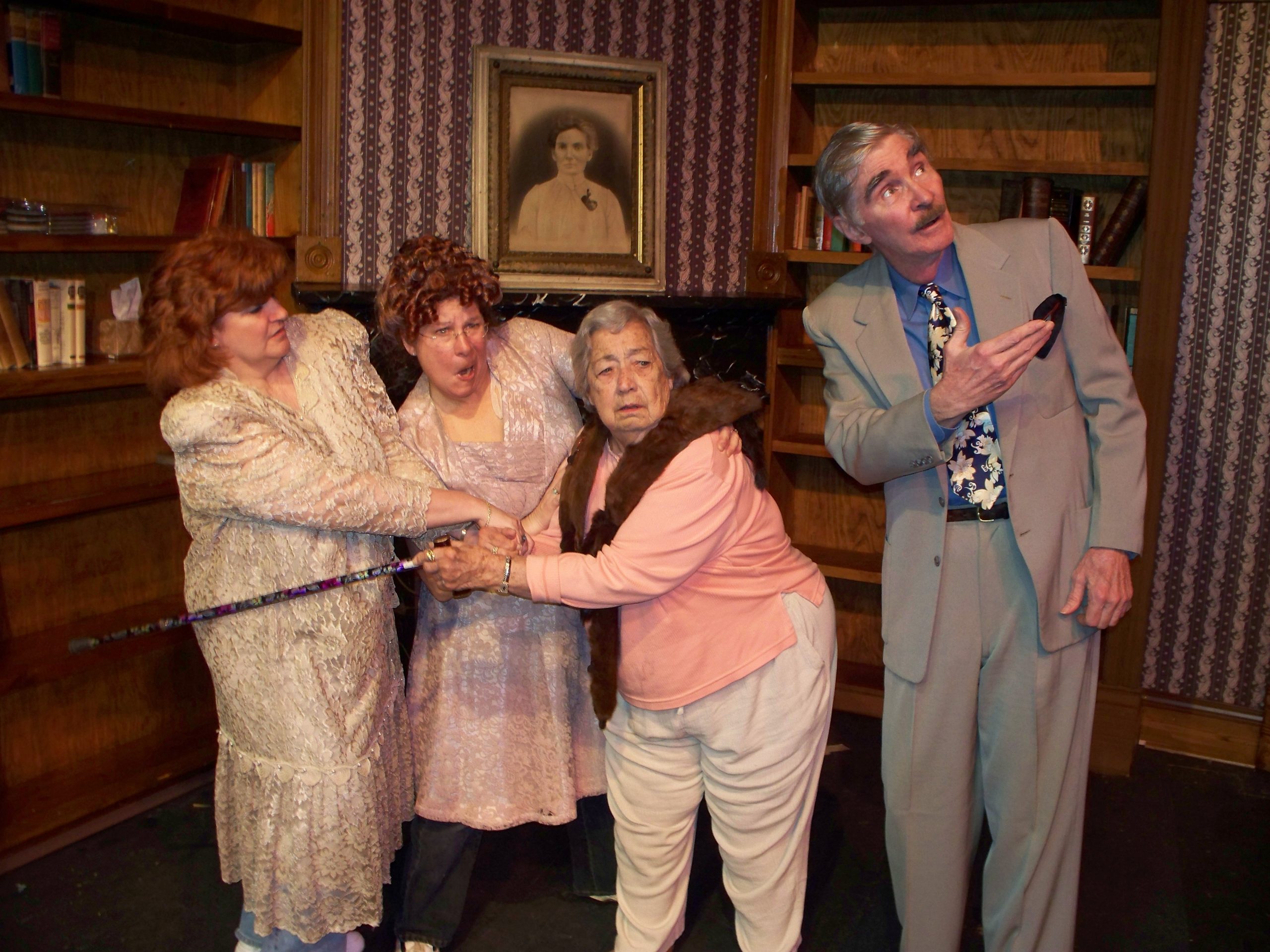 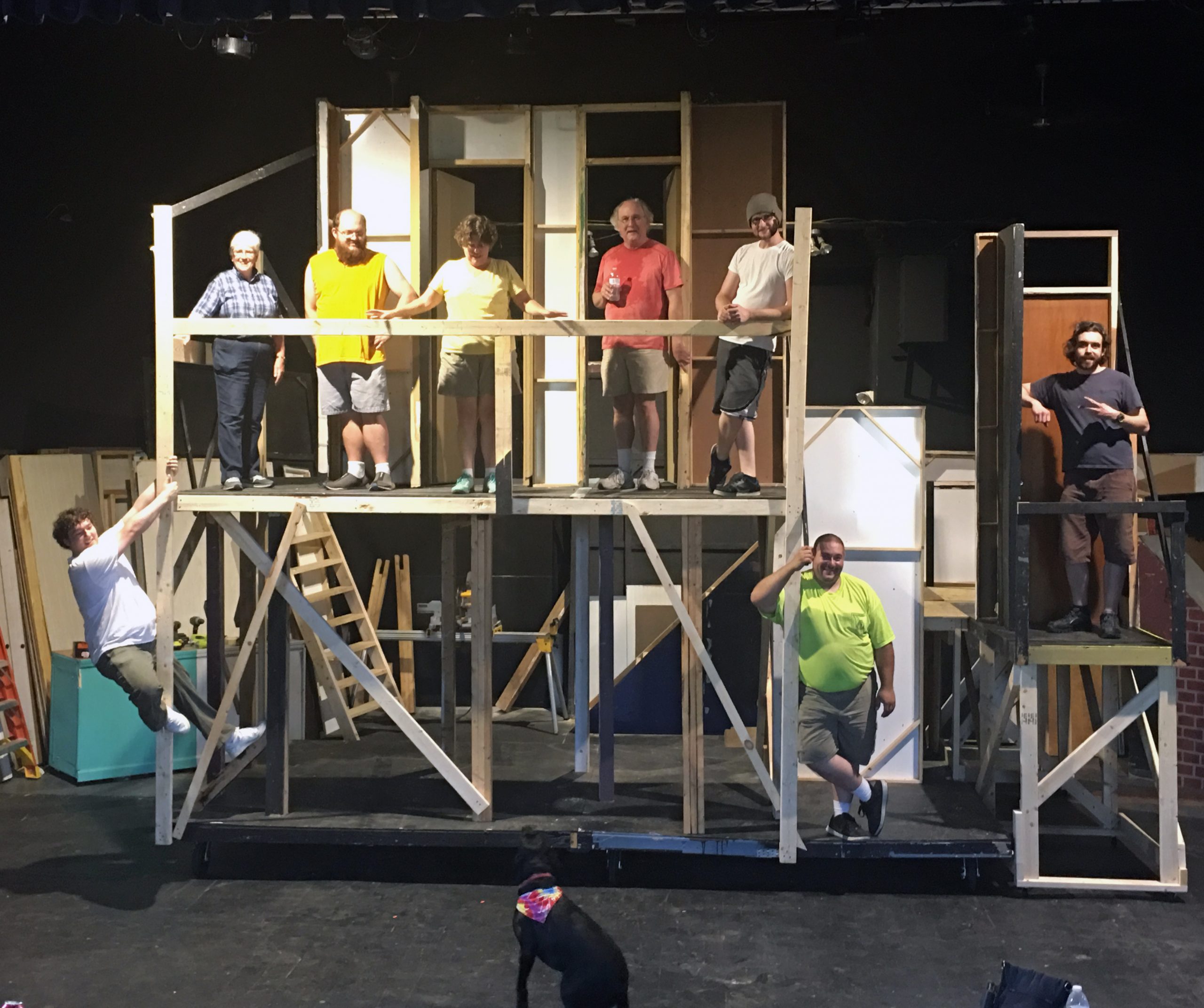 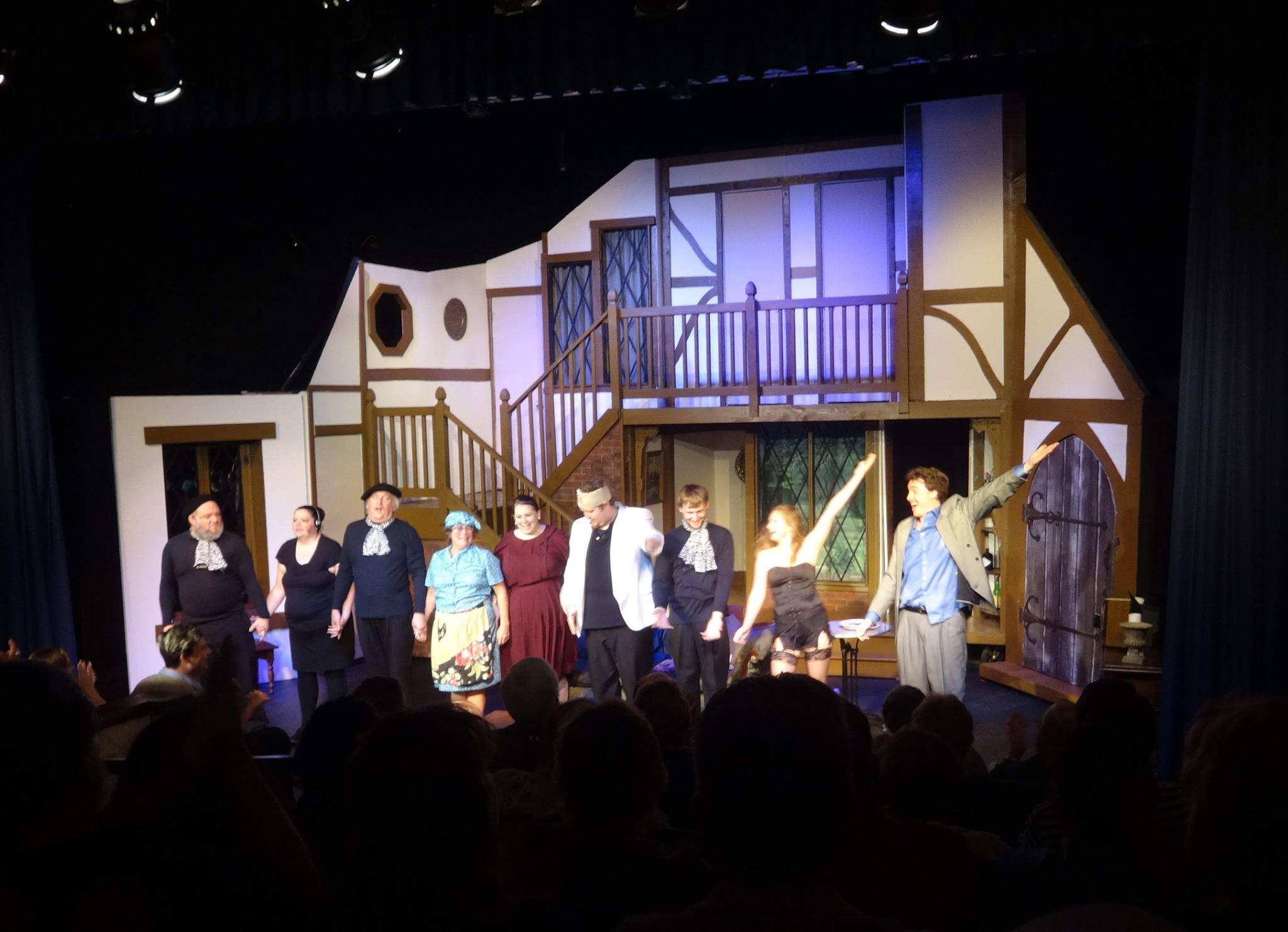 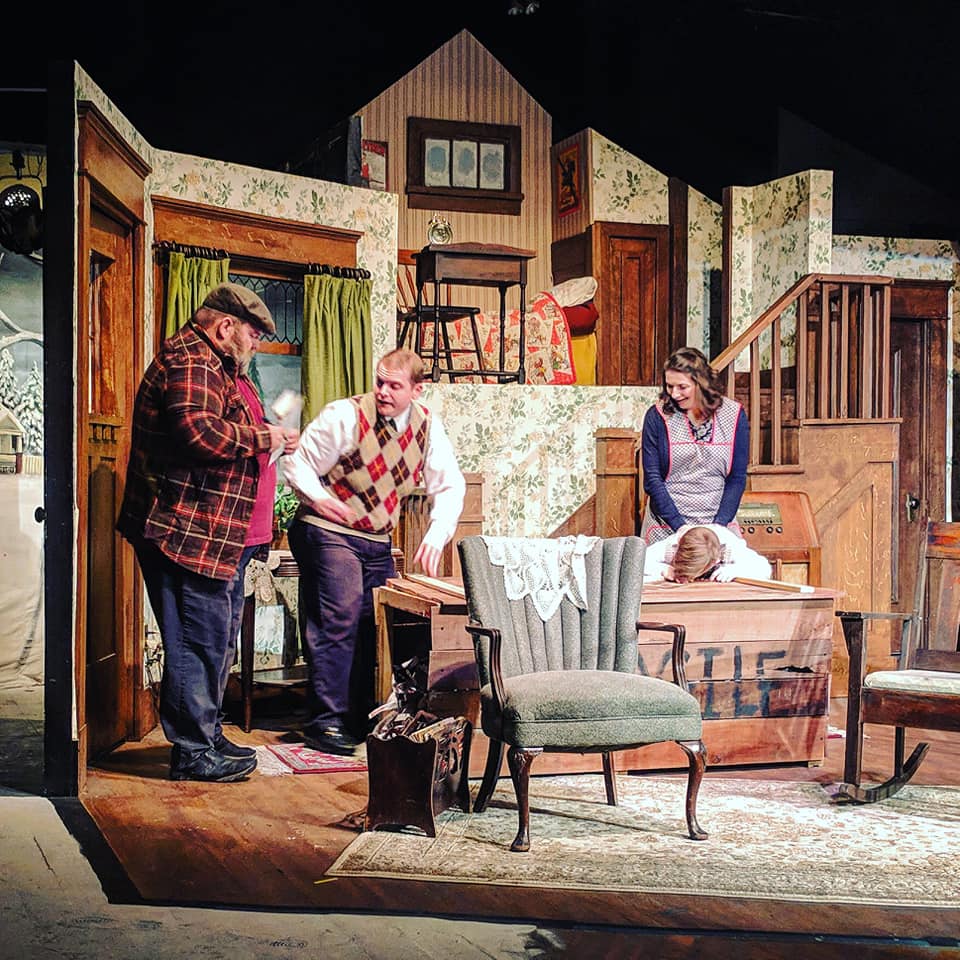 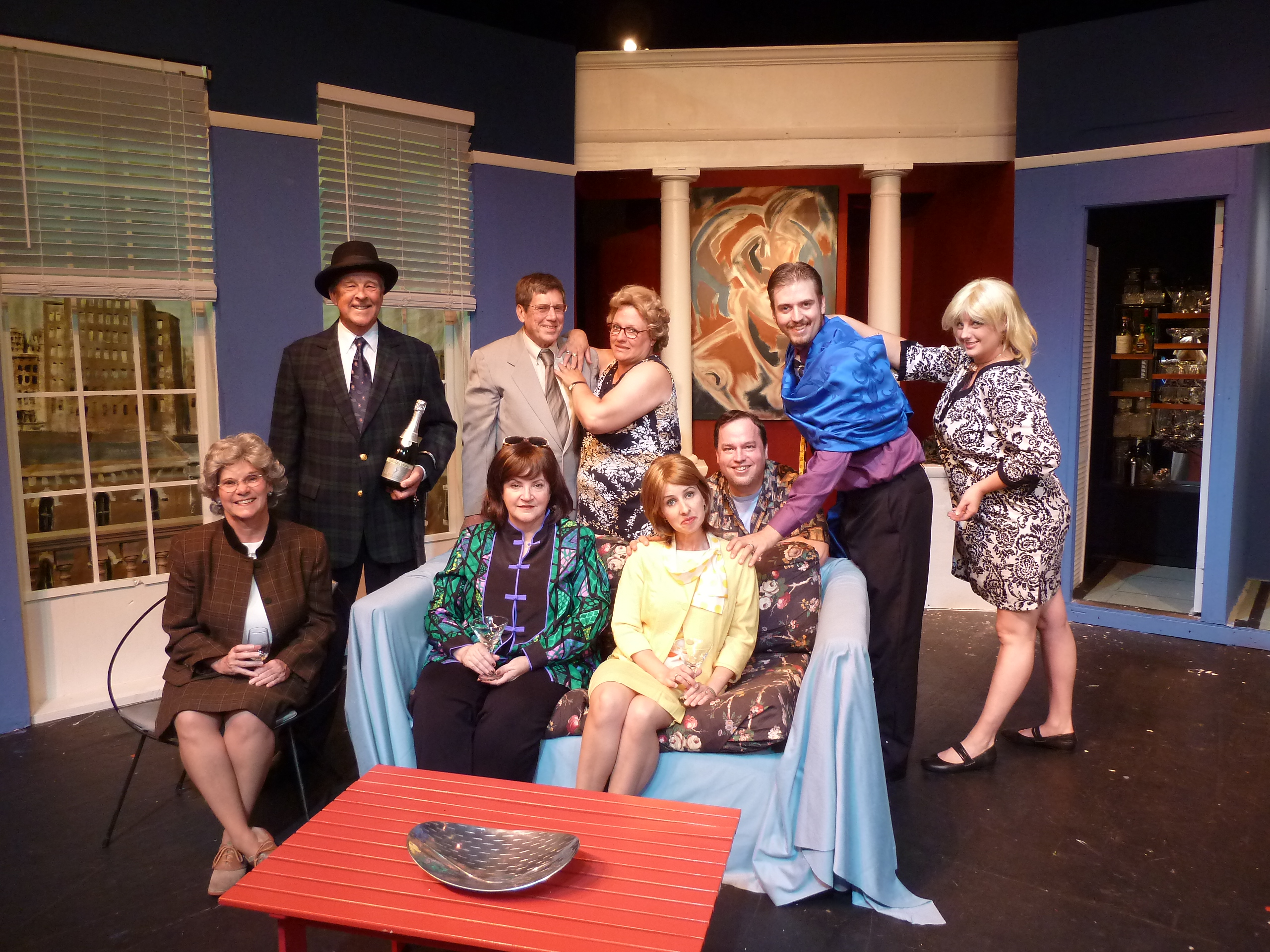 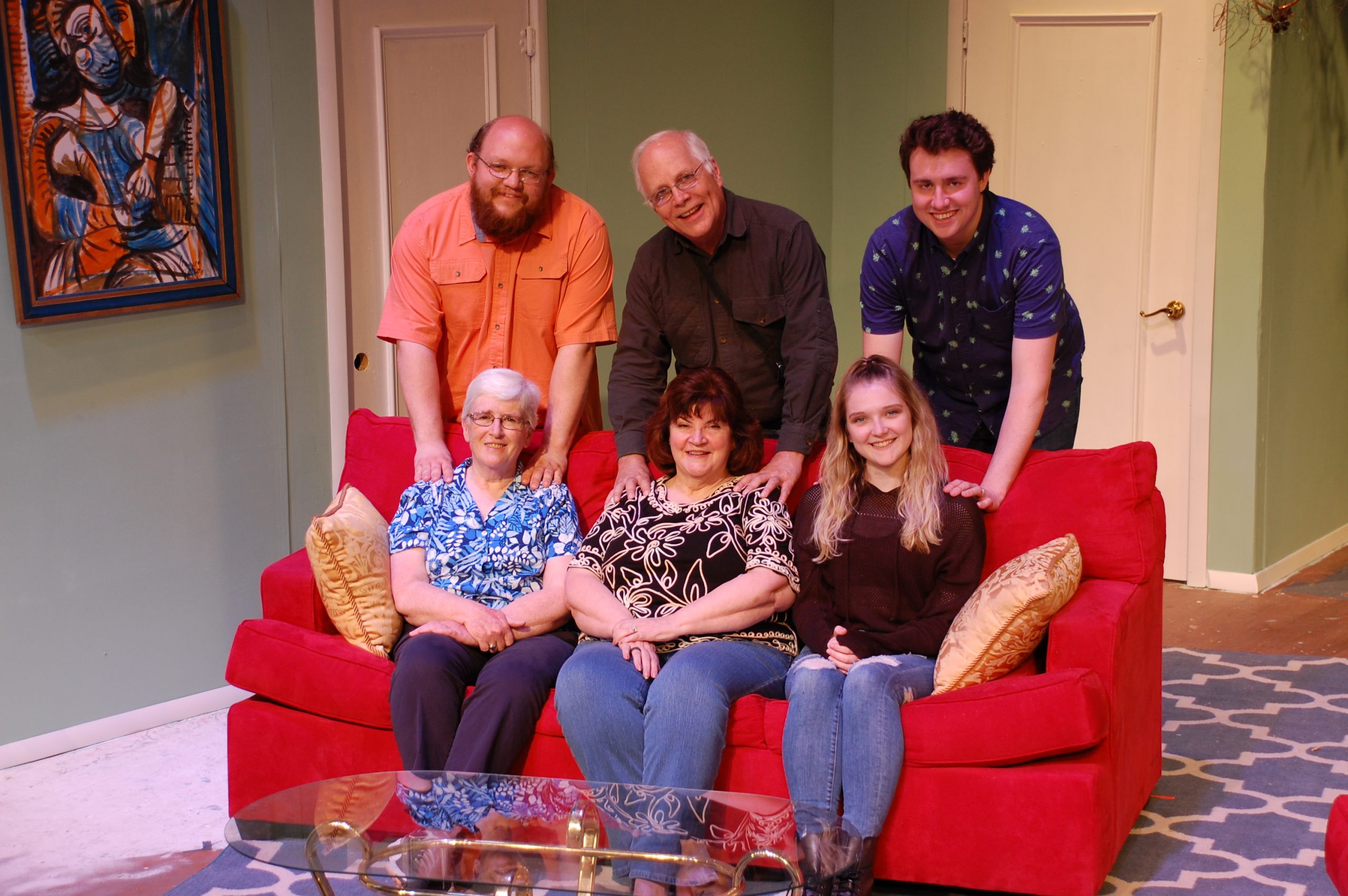 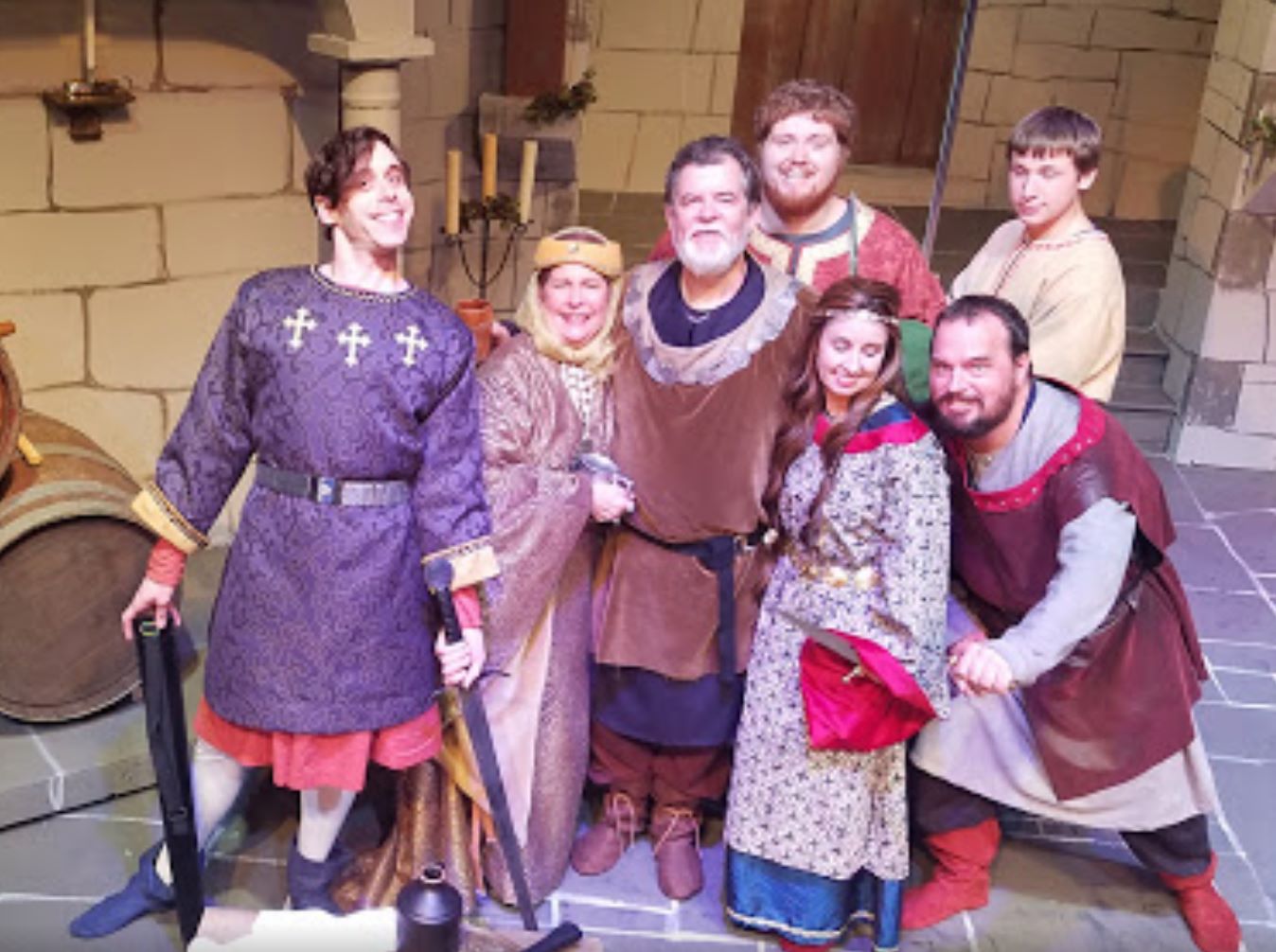 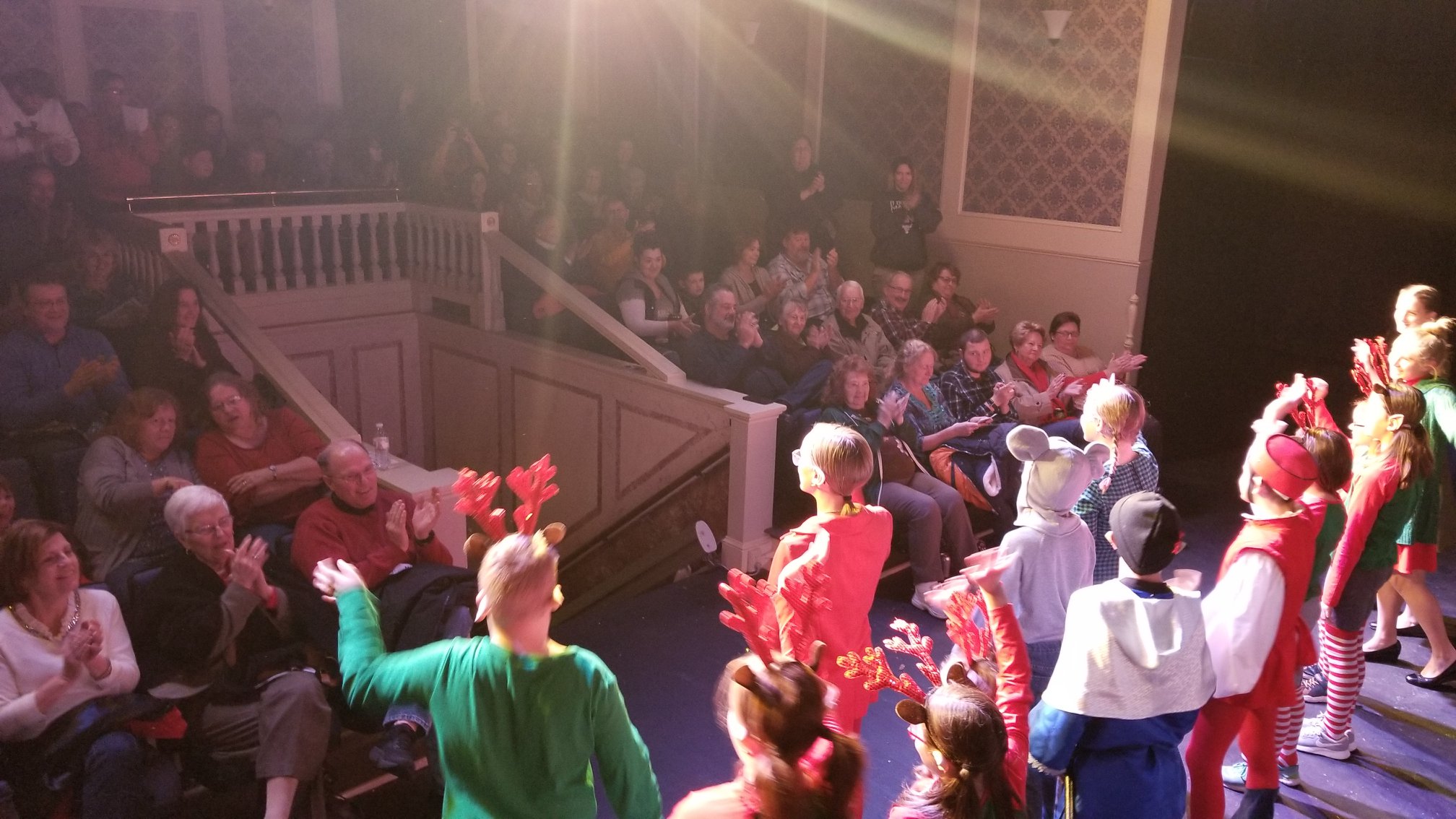 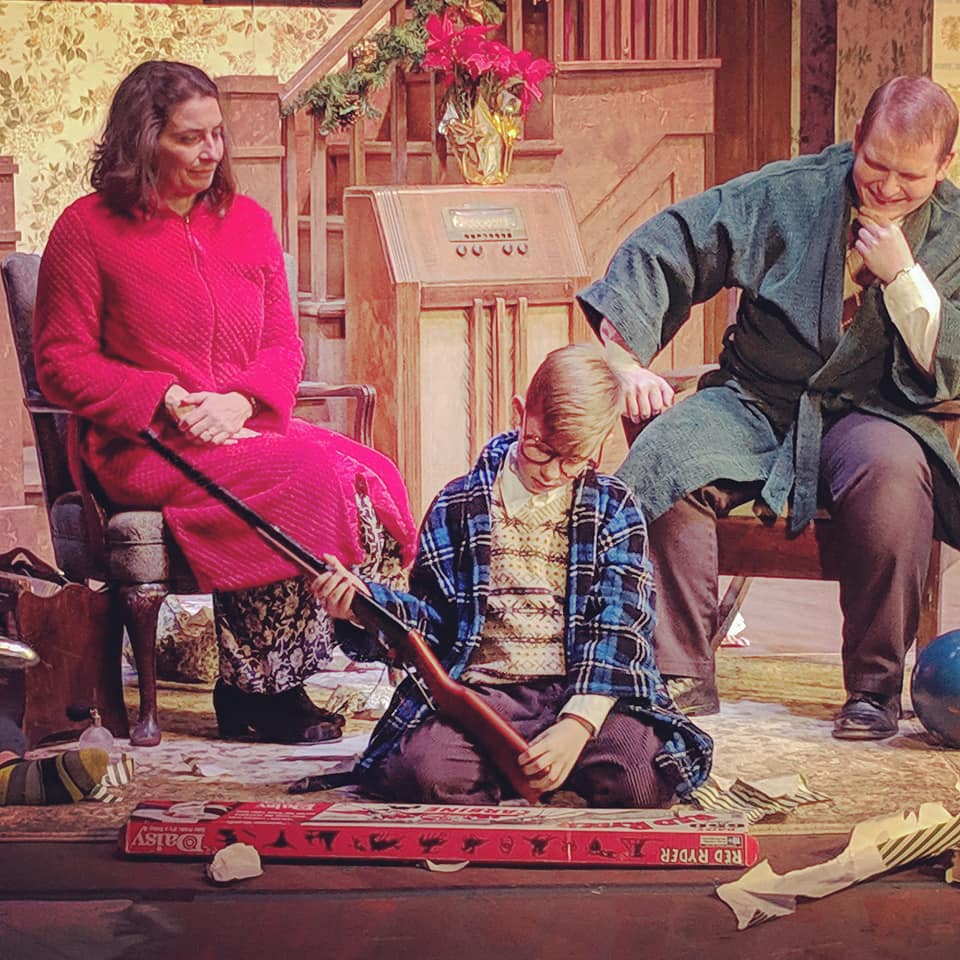 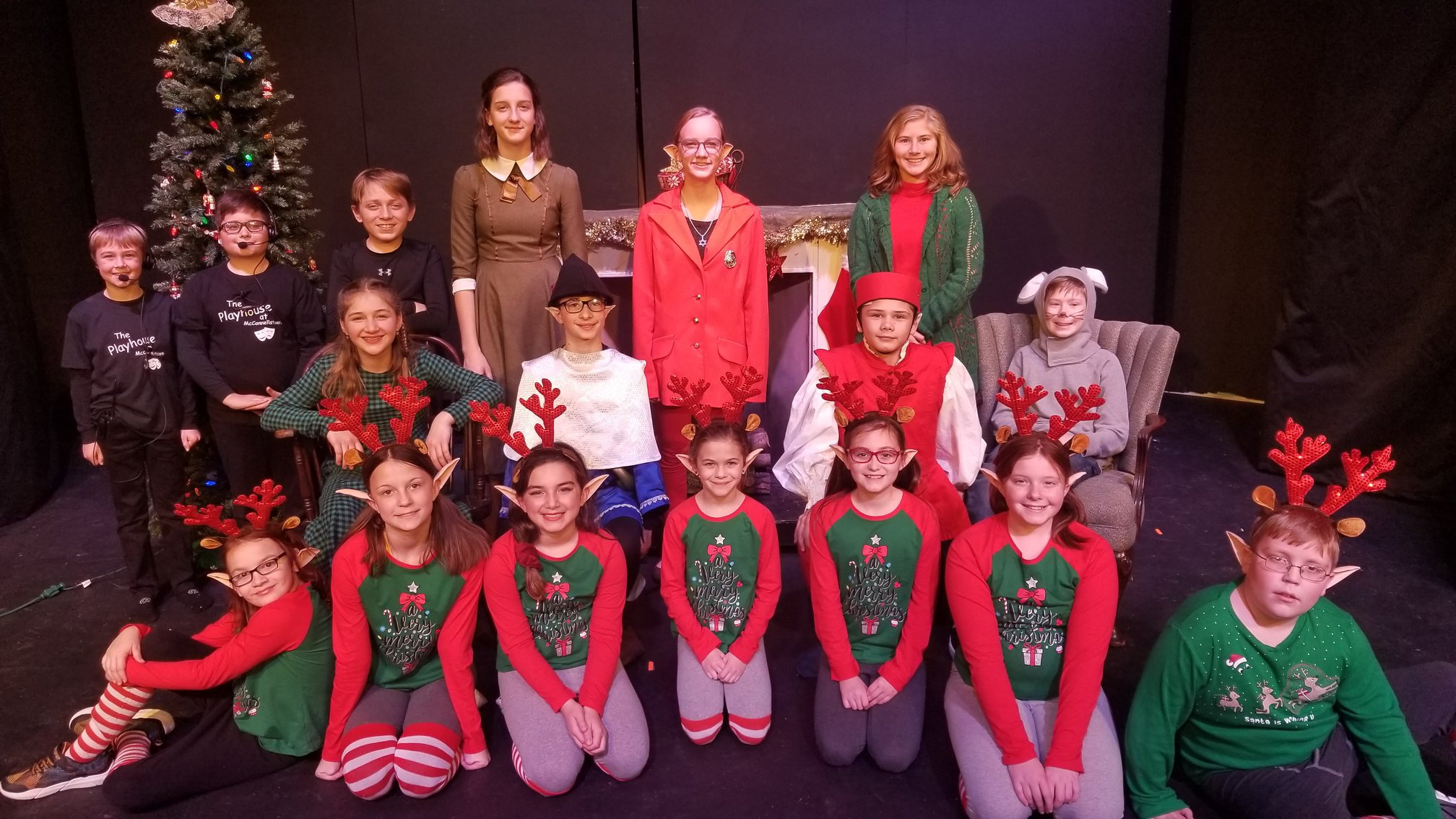 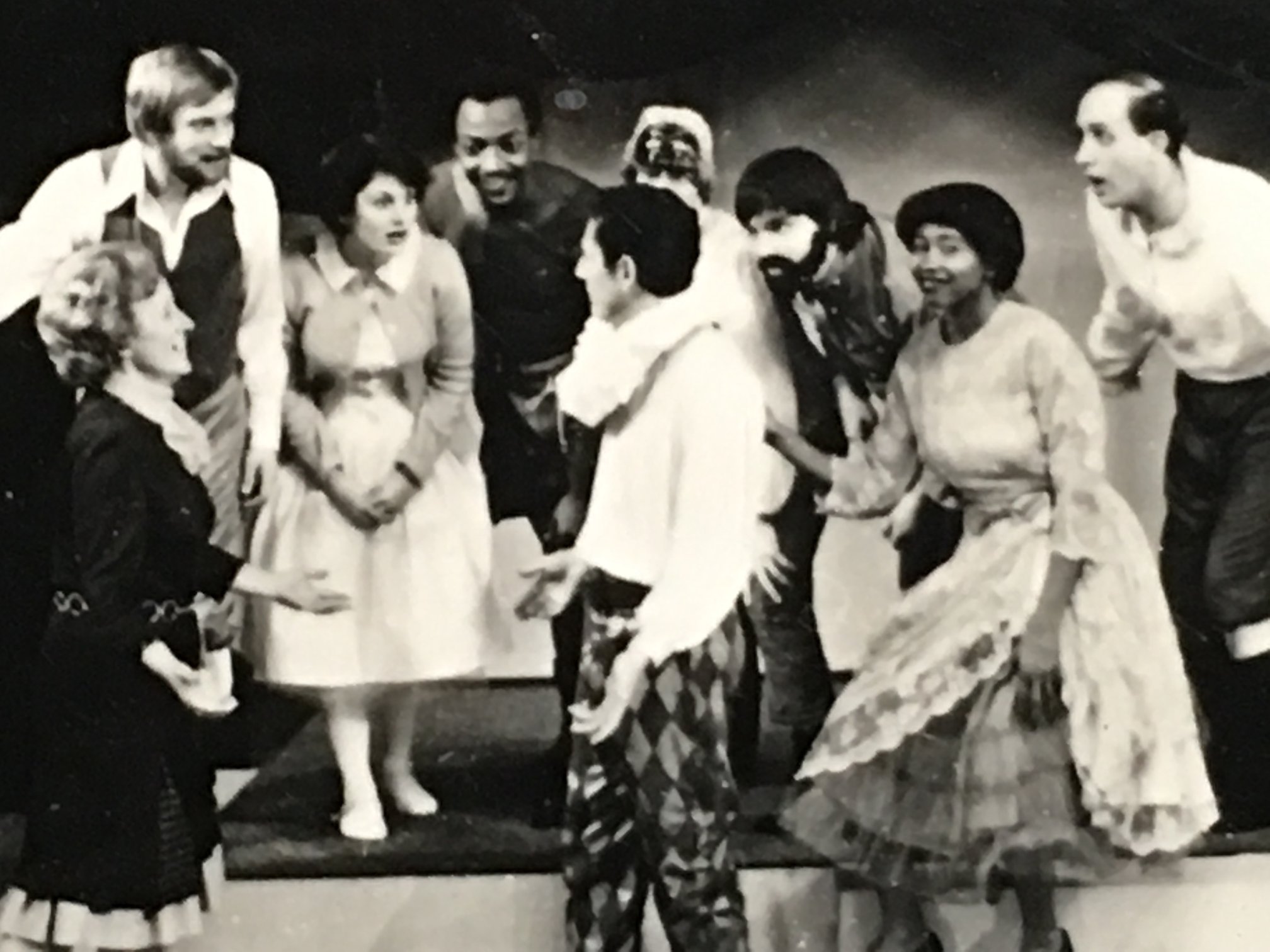 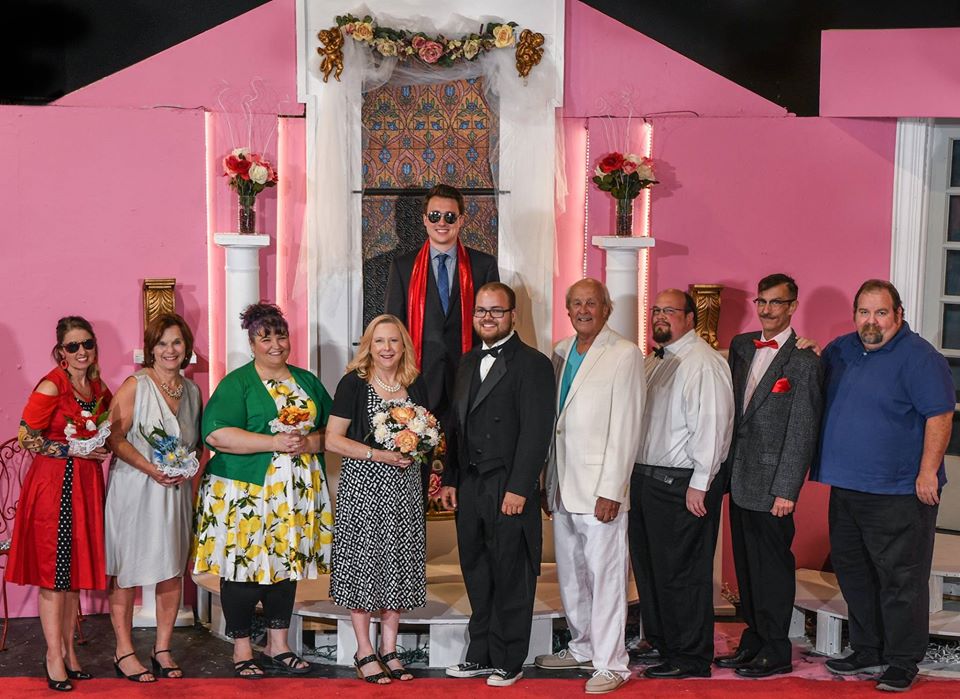 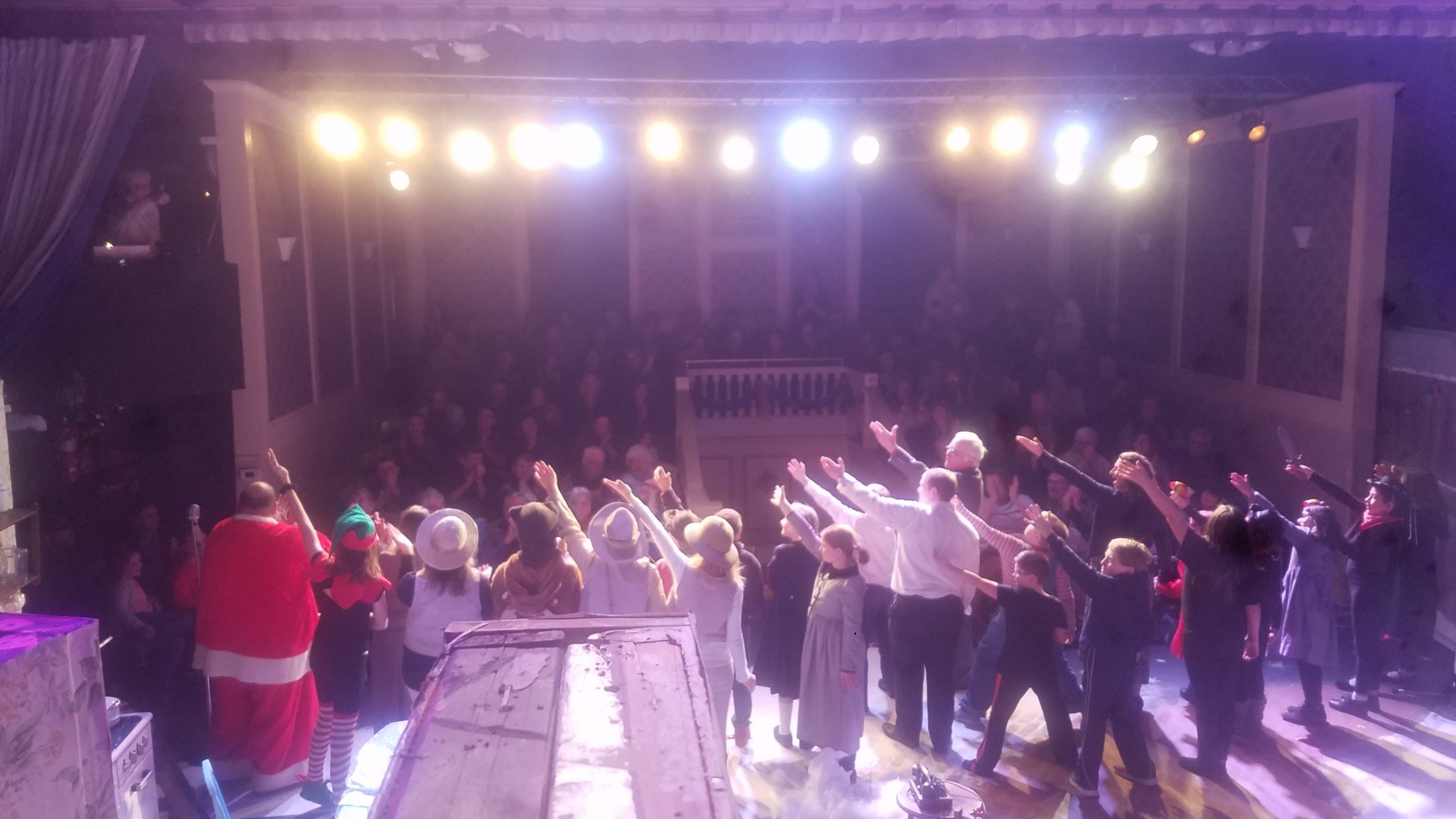 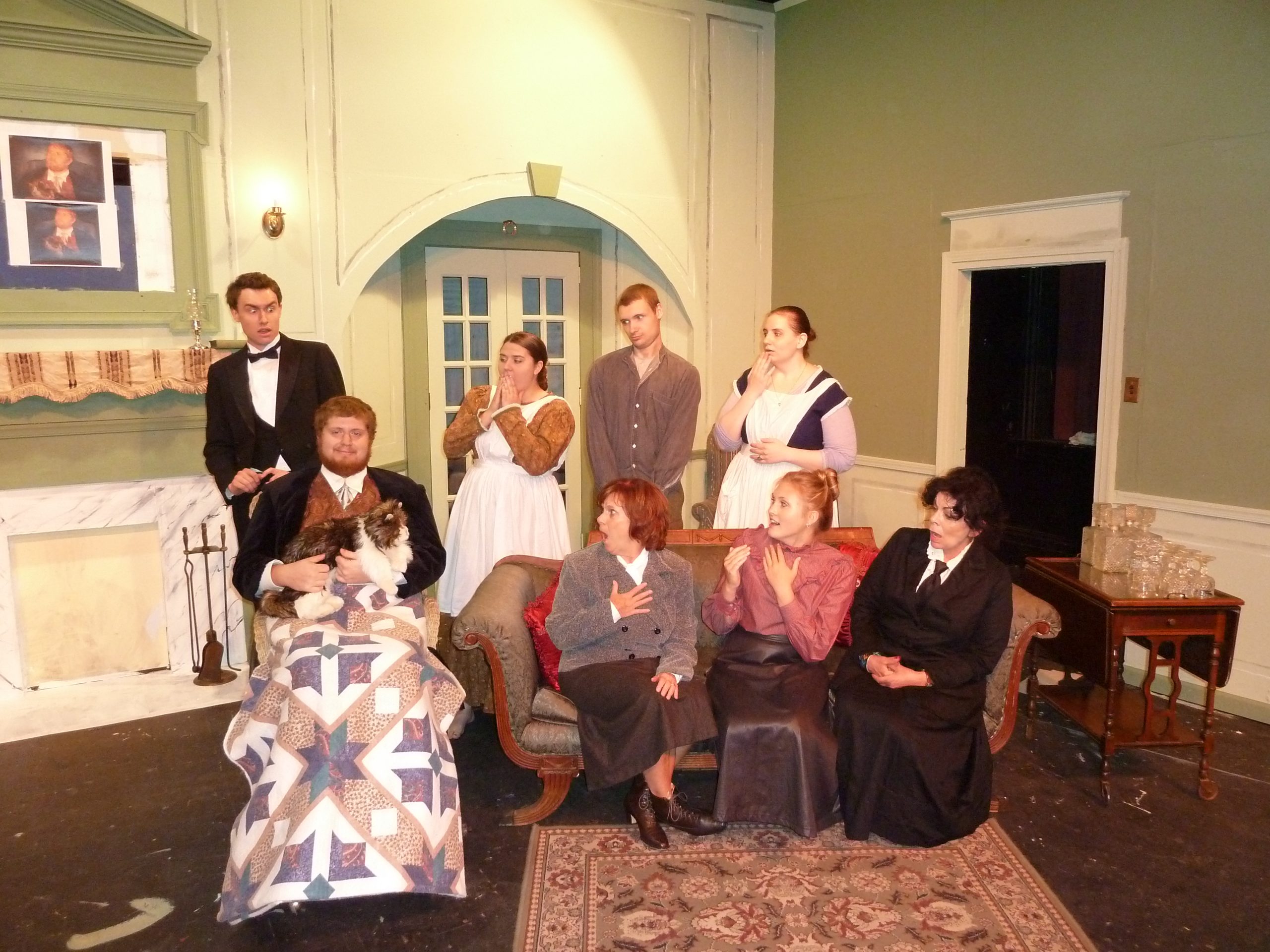 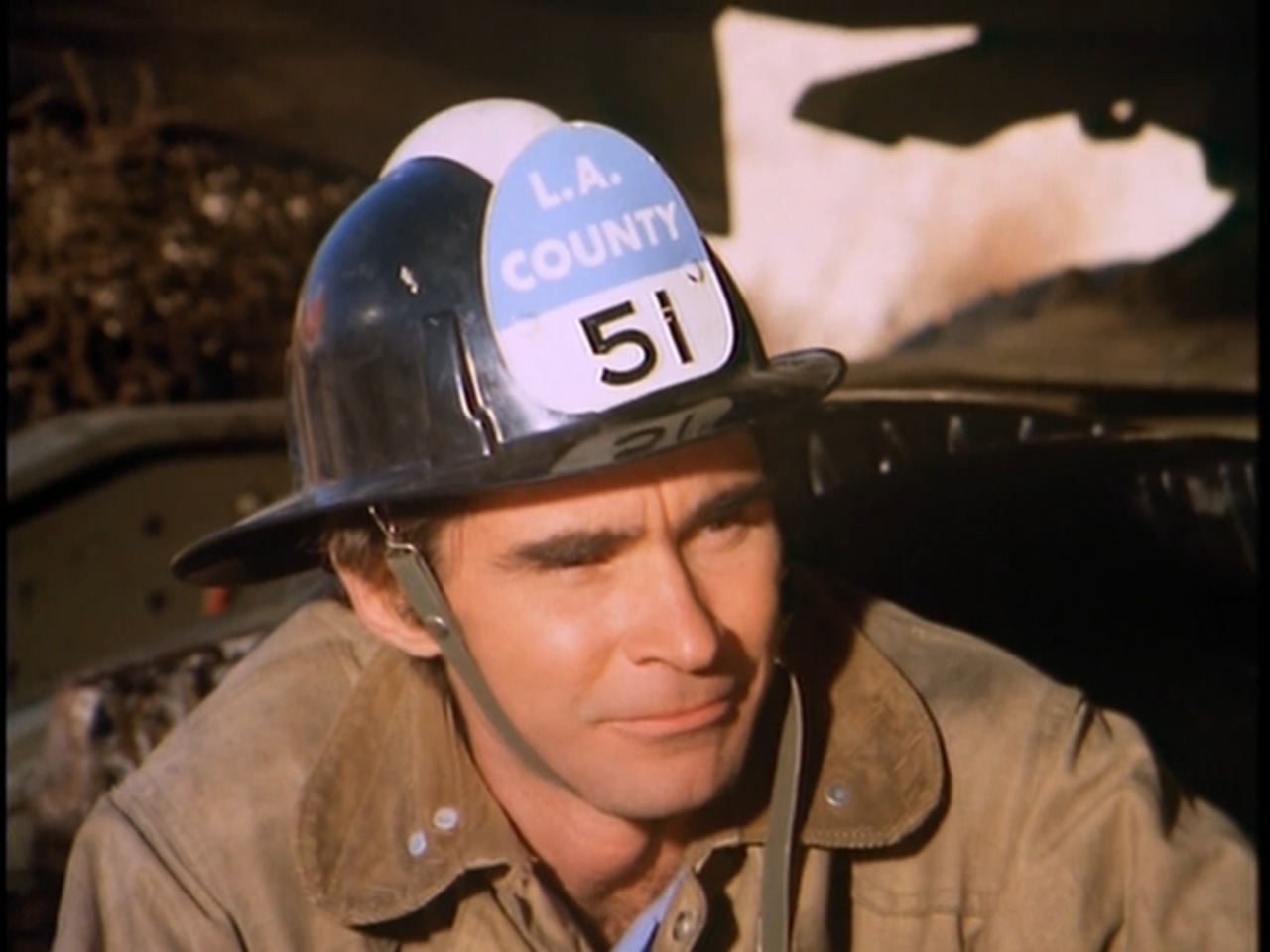 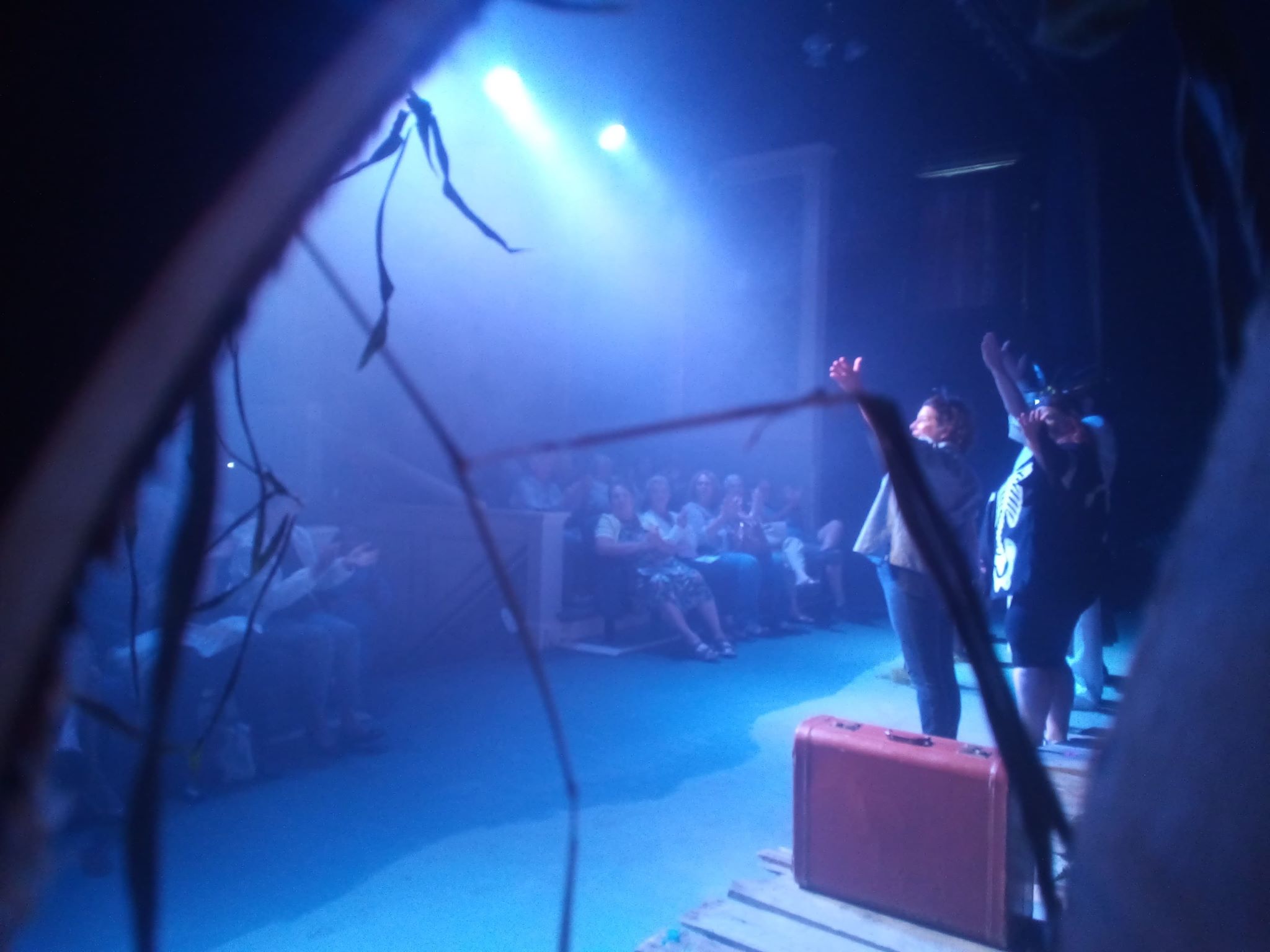 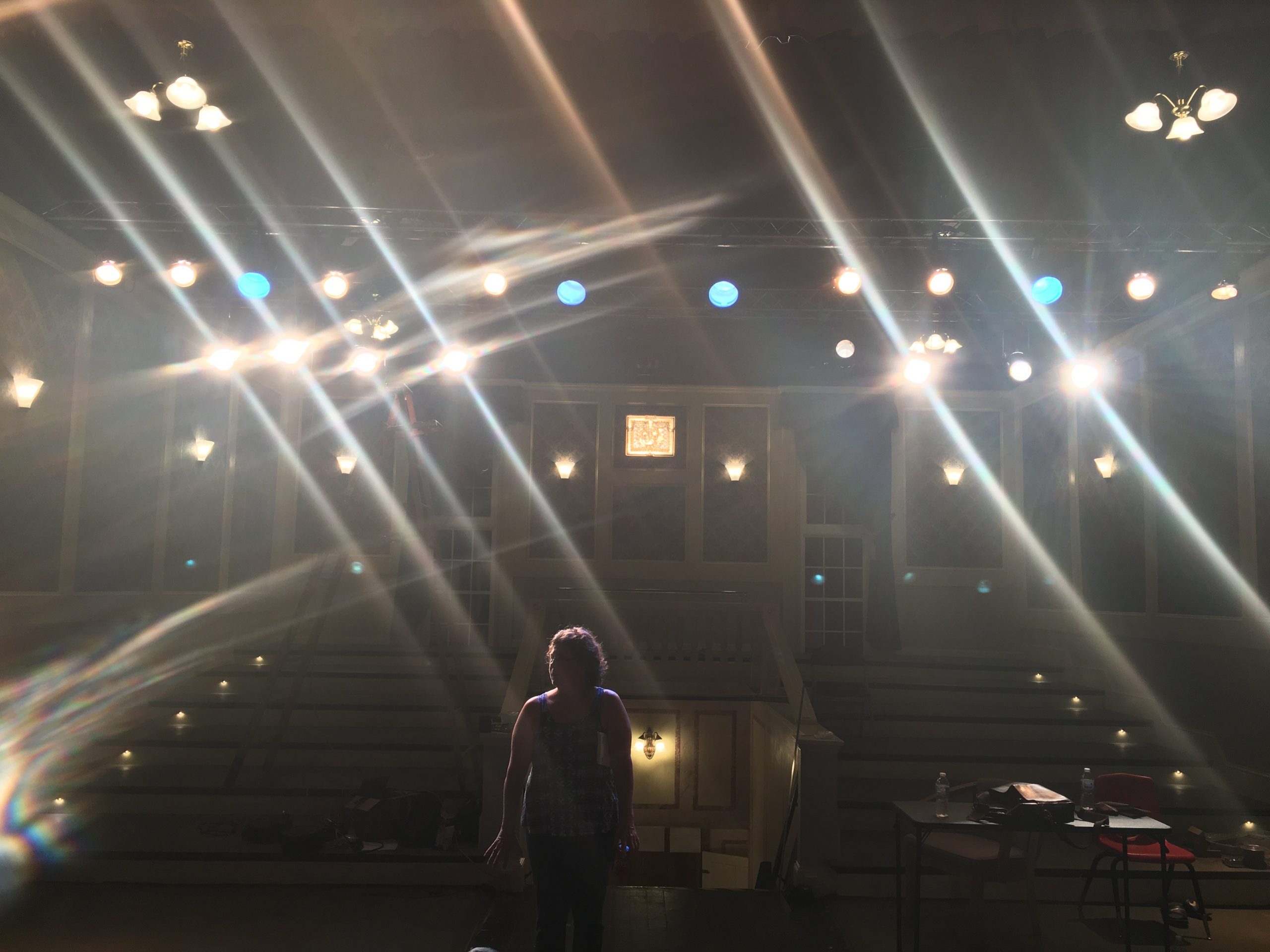 The Playhouse at McConnellstown is an all-volunteer theatre company, incorporated as Go West Productions in the early 1980s. The company regularly performs in its own seventy-seven seat theatre housed in an historic 1872 church in the village of McConnellstown, PA, five miles south of Huntingdon on Route 26.

From its beginnings, The Playhouse at McConnellstown has strived to maintain a strong presence in the local community. The company welcomes people of all ages and different walks of life, and boasts talent ranging from newcomers to former Broadway and television veterans. These members work together to bring performing arts to a location which lacks the cultural attributes of a larger, more urban area.